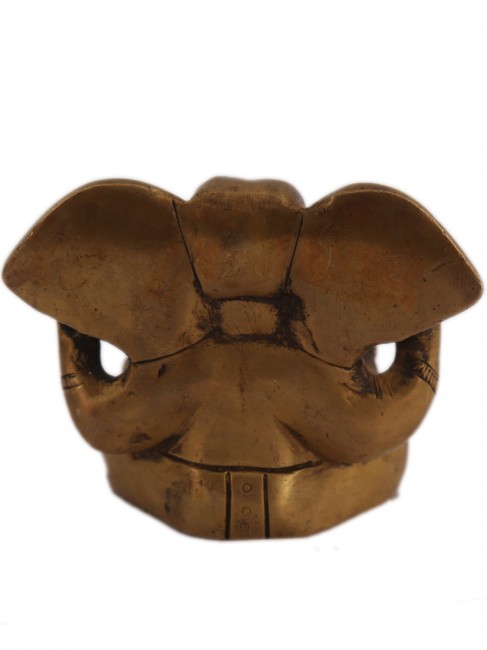 Price: $ 55
Most commonly portrayed with the head of an elephant, Ganesh is one of Hinduism’s more popular deities, both with public and private worship. Sometimes also called Ganesha or Ganapati, his earliest appearance in Hinduism seems to date to sometime around the first century CE. Although he started out as a minor deity, his importance has grown over time and, today, some Hindus even regard him as the supreme Deity in Hinduism. According to legend, Ganesh was created by the goddess Parvati when her husband, Lord Shiva, was off fighting in a war against demons. Ganesh was ordered to guard Parvati’s house and let no one enter – but when Shiva returned he, too, was denied entry. This angered him and he cut off Ganesh’s head, shocking Parvati when she came outside to see what was going on. Shiva was sorry for what he had done and promised his wife that he would make things right. He ordered his servants to go out and take the first animal they found who was asleep and facing north, this turned out to be an elephant. This head was put on Ganesh and Shiva breathed life back to him – but Parvati was not entirely happy with her son’s new looks. So, to compensate, Shiva gave him the power to answer prayers and bring good fortune to others. Today he is treated as the Deity who brings good luck and good fortune – thus, for example, it is unusual for a wedding not to including a representation of Ganesh. This Bronze statue in brass color and they are hand crafted by experienced and skilled artists of Nepal, who have been under in profession since generations.. Our goods are quality controlled and well packed to ensure customer satisfaction.